Generation Change at camLine Management Board 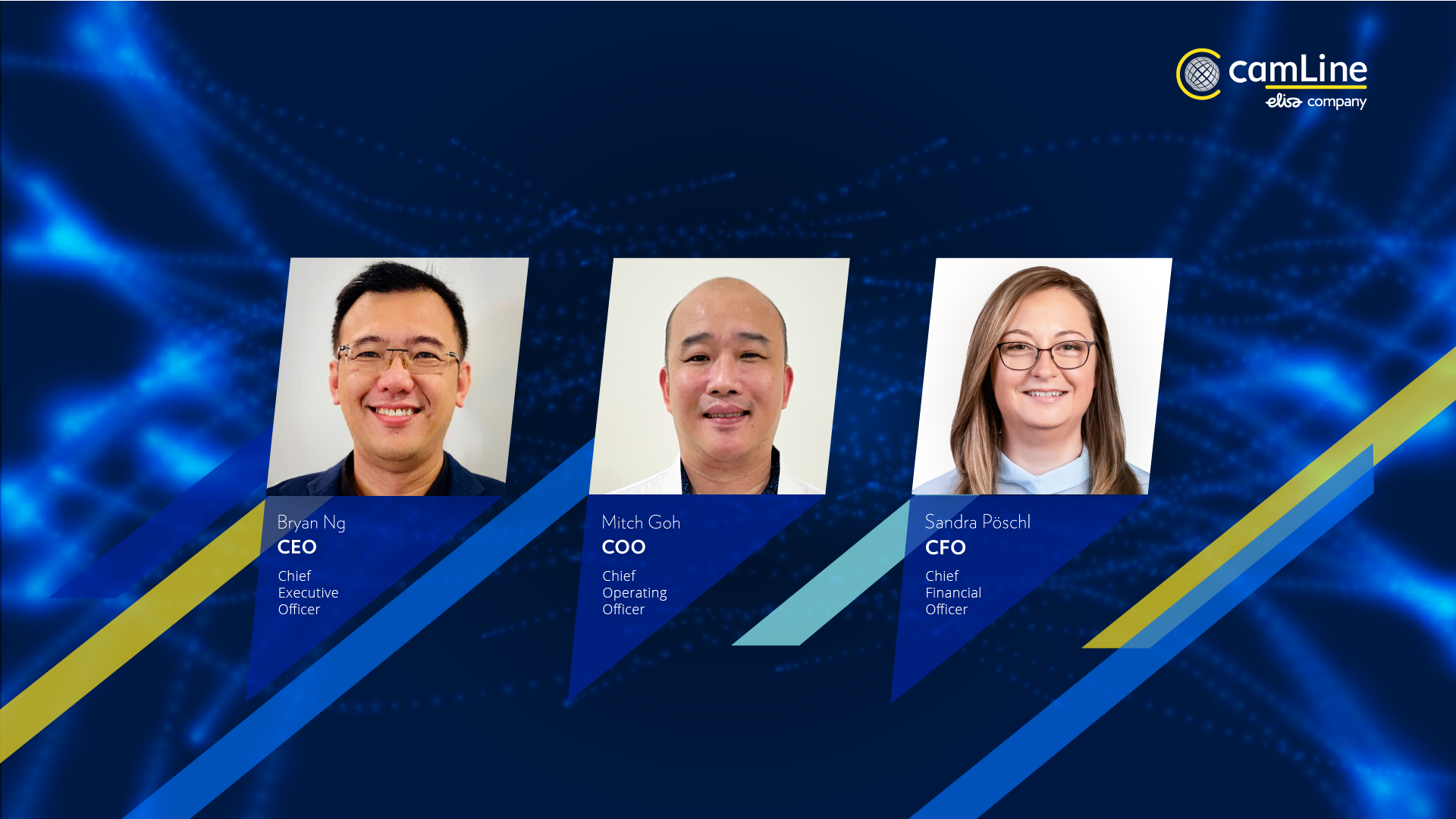 camLine today announces the resignation of our Chief Executive Officer (CEO), Heinz Linsmaier, and Vice President (VP) of Integrated Services, Bernhard Jofer, effective January 1st, 2023. They have both led the company for over 20 years and played a key role to camLine’s success for more than two decades.

On the topic of camLine’s success story and its importance, both Heinz and Bernhard answered in unison, “We have always been customer focused. This WAS and IS the key to camLine’s success”.

Following their resignation, Heinz and Bernhard will join camLine’s Advisory Board. Heinz will supervise mainly product-related projects, whereas Bernhard will look after matters on customer-related projects. camLine is grateful and deeply appreciates Heinz and Bernhard for their tireless commitment as they continue to contribute towards building a successful camLine. It is a great pleasure to have them as camLine advisors.

Moving forward, the board has appointed Ng Chee Cheong (Bryan) as Chief Executive Officer (CEO) of camLine, whereas Goh Hong Sin (Mitch) will take up a new role as the Chief Operating Officer (COO), and Sandra Poeschl as the Chief Financial Officer (CFO).

Bryan and Mitch joined camLine’s board since 2014. Bryan was the VP of Sales, Marketing, and Business Development, whilst Mitch was the VP of Global Customer Support and Asia Projects. Sandra joined camLine in 2020 as the Finance Manager after working many years in various finance management roles for multinational companies.

Founded in 1989, the purpose of camLine is to offer software solutions for manufacturing automation.

camLine has grown from a start-up in the early 1990s in the small village Petershausen in Bavaria, Germany to a very successful global player with more than 270 people worldwide by serving the semiconductor, electronic, and high-tech industries.

Over time, camLine expanded to Iasi, Romania in 2004 and this was followed by the expansion to Singapore, Taiwan, the US, and the list continues.

When asked what the future holds for camLine, new CEO Bryan answered, “camLine remains the agile, efficient, and reliable software solutions partner. We will continuously support and deliver what is promised, which is manufacturing excellence. Looking forward to a journey of digital continuity with everyone”.

The fields marked with an asterisk (*) are mandatory.

You can use this contact form to contact us. We will use your personal data only for the purpose of processing your query. Your contact request will be processed centrally within the camLine Group to ensure that your inquiry can be responded to as quickly and effectively as possible. More detailed information concerning the collection and processing of data in connection with this contact form is available in our Privacy Policy.